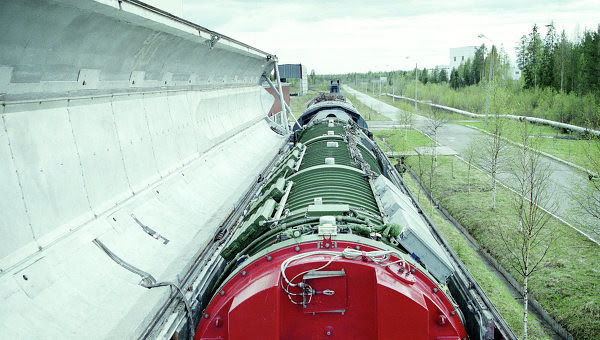 The work is in the initial stages, he said, adding the cost of the program has yet to be determined. He provided no timeframe for the program.

The Moscow Institute of Thermal Technology is the developer of the Bulava (submarine-based) and Topol and Yars (land-based) ballistic missile systems.

A prototype system could be deployed by 2020, a Russian defense industry official told RIA Novosti in December. The new missiles will be half the weight of their decommissioned Soviet analogues, allowing them to fit into one railcar, he added.

The original rail-mobile system included SS-24 Scalpel missiles which weighed 104 tons, required three locomotives to move, and were so heavy that they damaged railroad tracks. The missiles were based on trains in order to make them harder to find than stationary launchers, complicating a counter-strike. 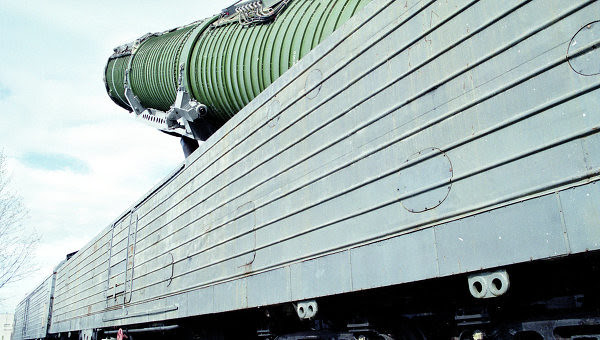 The Soviet military deployed its first rail-portable long-range missile in 1987, and had 12 of them by 1991. Rail-mobile missiles were removed from service in 2002 and the last base dismantled in 2007 under the START II arms reduction treaty with the United States.

However, the treaty’s successor, START III, agreed in 2010, does not prohibit development of rail-mobile ICBMs.

Russian military analyst Alexander Konovalov said last year this apparent return to cumbersome Soviet concepts, even in revamped form, was a “bad idea” and that missile trains were outdated.