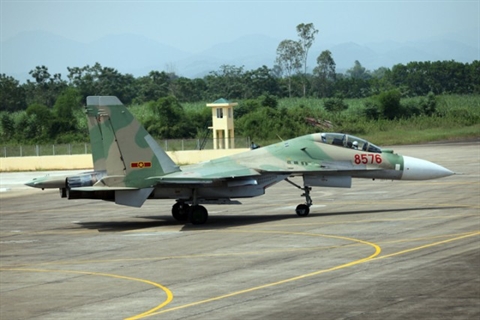 Interfax-AVN citing sources in the Russian aviation industry said Thursday, two new multifunctional fighter Su-30MK2, built for the Vietnam People's Air Force with hull numbers 8814 and 8815, has been disassembled and put up a super-heavy transport aircraft An-124-100 before traveling to Vietnam in the last Wednesday (August 6th).

As planned Russian side was revealed earlier, 6 fighter remainder will continue to be delivered to Vietnam before the end of 2015, bringing the total number of advanced fighters of this type is equipped for Vietnam Air Force with up to 36 pcs.
Labels: Vietnam Defense